News from our forests, events, the life of the EcoTree team

When it comes to sequestering carbon in the forest, all trees are efficient! Some people wonder whether it's better to focus on old-growth trees in a forest or to cultivate young plants. Others wonder about the opportunities to invest in an existing forest or in agricultural land to be reforested. Which system absorbs the most carbon and, in turn, will do the planet the most good?

It's difficult to answer these otherwise extremely relevant questions in a dichotomous way. This is because we must take into account the global nature of the challenges in a forestry context. A forest ecosystem is a complex set of living organisms and materials in which each plays an indispensable role; and biodiversity is, therefore, the essential appendix to its completeness.

In January 2014, a study published in the journal "Nature" hypothesized that the older trees are, the more CO2 they absorb. Based on studies conducted on all continents, involving 673,046 specimens of trees of 400 different species, scientists worked to demonstrate that, for 97% of them, the mass ratio of trees continued to increase each year, even after the tree had reached a venerable age. The older the tree, the more carbon dioxide it would capture from the atmosphere to continue to grow.

At the same time, all forestry institutions agree that a tree absorbs the maximum amount of carbon when it’s in full growth, and that a young tree collects only very little, as its size limits the photosynthesis process. On the other hand, when a tree ages, its growth eventually slows down. It, therefore, spends a lot of energy maintaining its structure and, in turn, has limited energy to produce new wood and capture carbon. Following this hypothesis, an old tree will store less carbon than a young tree but more than a very young tree.

To settle the debate definitively by adopting the point of view of one institution or another would be meaningless. The balance of a forest is based on the "intergenerationality" of trees. Young and old alike, trees contribute to the ecosystem.

Hardwoods and softwoods are equal in the efficiency of carbon sequestration

It’s clear that carbon absorption is not the same for all species.

Softwoods or coniferous trees, such as Douglas fir or spruce, are fast-growing trees. They will, therefore, transform carbon dioxide as quickly as possible into the wood. On the other hand, hardwoods or deciduous trees, such as beech or oak, have a slower growth rate. During the first years of their lives, the latter will only absorb a small amount of C02. But they live longer and are denser (580 kg/m3, compared to 450 kg/m3 for softwoods on average). Here, comparison turns to reason.

For the more puristic, it will also be necessary to take into account the assessment of the storage time of a carbonaceous material. It seems easy at first sight; for example, it takes a fortnight to create newsprint, 1,000 times less time than the wood of a Louis XIV chest of drawers (but a daily newspaper is bought more often than a Louis XIV chest of drawers...). We know of apparently demonstrative figures: 75 years for a large framework, 20 years for a piece of furniture, 1 to 8 years for plywood or a pallet. It's less about the choice of species; the best way to increase the storage time of forest carbon is to recycle short-lived products, primarily paper.

It is necessary to plant new trees and maintain existing ones

Similarly, one may wonder whether it's better to contribute to the planting of new trees or to the maintenance of existing ones. There is no right answer here because it depends on the situation. When one acquires bare land or forest in poor condition, it's essential to plant young trees for life to resume. But the job of a forester also involves keeping existing forests in good condition. It's in the context of the forest management plan that cuts are made, new plantations can be planted or natural regeneration will be implemented. This is as essential as planting new forests because a well-managed forest absorbs more carbon than a forest that is not maintained. Each tree has a role and a future - in a well-thought-out cycle.

In short: Long live the mixture!

To favour a forest of old trees would be to refuse to anticipate the future; but it's also not possible to simply get rid of old trees and just plant young shoots. As nature is always well crafted, it mixes species and ages on its own. This is the model we need to replicate.

A forest is only an effective carbon sink if it offers a subtle balance of biodiversity in which young and old trees can coexist in a real mix of species. The forest is a living environment whose integrity, stability and prosperity are highly dependent on species diversity. In this complex environment, such a balance is provided by animals, plants, and bacteria. From these intrinsic virtues comes a clear conviction: the more complex the forest is, the more resistant it is to bad weather, pests, and parasites. And in the long term, this is how it will be more productive.

Why EcoTree responds to additionality in such a way

On an ecological level, everyone would like their investment to bring about an ecological improvement compared to what previously existed. The aim is to prevent a company from offering the general public the possibility of financing compensatory measures when the current environmental context is already well established or otherwise subsidized. The criterion then adopted will be to consider that, without financing, such agricultural land that has been reforested or such forests, in general, could not have existed or would not have continued to exist.

EcoTree's mission is to create forests or rehabilitate those that are in disuse. And to manage them without a time limit. In both cases, without the intervention of EcoTree (and, consequently, of its customers, since they allow it to exist), these forests would not be able to regain their primary function as carbon sinks.

This is why, by becoming a tree owner at EcoTree, customers not only finance a forest plan, but above all, forest engineering (where mixing and biodiversity are designed according to a "close to nature" forestry approach) and forest management, as well as restoration, rehabilitation, and creation of natural environments.

It is understandable that existing trees need maintenance and silvicultural improvements. New trees are essential when it comes to looking towards the future, and they need the presence of old trees and the work of foresters to help them thrive;  in terms of carbon absorption, the different species are equal. From this perspective, and to answer the question of carbon sequestration and additionality that presides over these debates, as will always be the case, everything is fine in the forest. And as Claude Roy, GREF engineer and member of the Academy of Agriculture points out, "a dense and ideal forest is, therefore, a healthy, productive, cultivated entity that's exploited efficiently - generating income that guarantees its maintenance and protection". 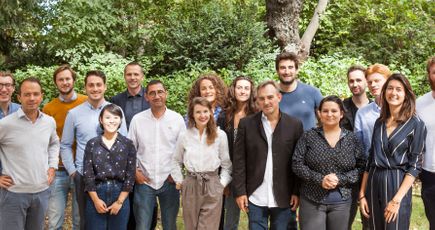 A Successful Breakthrough for EcoTree!

New fundraising, the beginning of the international expansion, a strengthened and growing team with a new structure… Summed up, a new chapter of the EcoTree adventure has commenced. And much has happened since the beginning three years ago.

Does Hardwood Need Softwood to Survive?

Why oppose tree species when we know that they contribute to the economic function of the forest, which is essential for its survival? Faced with the many questions that arise from this subject, EcoTree has decided to clarify. EcoTree: Who we are and who we are not

Every day, we are committed to responding to the many comments we receive on social networks. There are congratulations and encouragement, which warm our hearts; and then, from time to time, there is also criticism. Some are justified and help us grow. Others sometimes seem unfair to us. But we want to answer them by stating here what we are and what we are not.

You can offer trees: the beneficiary will receive a personalized e-mail with the date of your choice, and you will be able to edit a gift card to download or to print.

The diversity of species that populate the French forests is in danger. This diversity is crucial to maintaining forest ecosystems faced with climate change.

Help EcoTree to always keep improving the biodiversity of forests!

Learn everything
about forests!

Learn everything
about forests!

Go green with the EcoTree newsletter! News and stories from your forests, updates about EcoTree... You have it all!

We use cookies to ensure that we give you the best experience on our website. If you continue to browse and use this website, you agree to their use for needs of statistics and display. More information / Cookie parameters .

If you wish to offer trees as a gift:

Complete the payment of your order, and go to the webpage " my gifts on your personal account, and continue to the tree division and selection of beneficiary.