Does Hardwood Need Softwood to Survive?

Why oppose tree species when we know that they contribute to the economic function of the forest, which is essential for its survival? Faced with the many questions that arise from this subject, EcoTree has decided to clarify.

A very French peculiarity, which is barely even discussed in Germany or in Scandinavia, the debate between coniferous- and deciduous trees has raged on for years in France. Reduced to a simpler description, this debate pits noble species, essential to biodiversity (hardwoods or deciduous trees) against species of lesser quality, and harmful to fauna and flora (softwoods coniferous trees).

In fact, three-quarters of the French forest is made up of deciduous trees. The remaining quarter is composed of conifers. While Scots Pine and Maritime Pine are of an ancient introduction, the other conifers are the result of recent investments, supported by a policy of developing bad land, particularly during the decades between 1950-1980.  In the 20th century, and particularly after the war, governments increased reforestation programs to provide financial incentives to landowners. The reconstruction of the country and the booming economy were favoured this raw material. Many owners then chose to plant softwoods, which grow twice as fast as hardwoods.

This decision, which dates back half a century, is still justified today by the economic strategy for forestry. Making up around 30% of the French forest area, coniferous trees offer a constantly increasing growth potential. An annual harvest represents 3/4 of the wood harvested, in contrast to hardwoods, which represent 70% of the national forest area and only 1/4 of the volume of timber harvested annually. The findings are clear: hardwoods do not meet the current demand for lumber. In fact, France is suffering from a very serious replanting delay. There are about 25 million forest seedlings in France, compared to 300 million in Germany and 900 million in Poland. The rise of wood manufacturing is now benefiting from imported coniferous products - and we can imagine the resulting carbon footprint! Our forests are becoming under-exploited and the entire forest sector is consequently suffering from a real lack of modernization - to the point, the 2017 Ballu report warns, whereby: national resources of coniferous species will be insufficient from 2030 onward. However, the future of the forest is intrinsically linked to its economic importance. If the sector is overtaken by foreign trade balances, there will be no one left to deal with forests in France. Softwoods are therefore a real means of preserving French forests.

Regarding the environmental impact of coniferous trees, it is necessary to somewhat temper this preconceived idea. It is commonly accepted that biodiversity is generally lower in coniferous forests than in deciduous forests. But why not also see that conifers are the main food source for most birds and squirrels, which are found at the beginning of the food chain? Why also pit original species and those that were artificially introduced against each other? Seen from a historical perspective, the concept of indigenous or native species becomes very vague. Are Aleppo Pines, Mountain Pines, Salzmann Pine or Yew trees, which probably survived during glaciation periods in narrow and protected ecological niches, the only indigenous coniferous trees in France? Are Douglas Pines and Sequoias, still present after 12,000 years, indigenous or non-native? What about the Spruce that reappeared only 4,000 years ago? In the forest, the respective roles of natural processes and human interventions are always difficult to separate. It is also understood that when French forests contain so many oaks, it is not only the result of nature, but the result of grazing in forest areas (domestic pigs feeding on acorns have greatly contributed to their swarming). Who would want to cut down the old Scots Pines of Sologne or Normandy, the Cedars of Ventoux or Lubéron, which were only introduced in the 18th century?

In any case, it is firmly recognized that it is silviculture more than the species itself that strongly influences biodiversity. It is up to each of the forest stakeholders to ensure the necessary balance to maintain the diversity of living things. Sceptics should understand that without such an ecological function, forests cannot survive. Lastly, it would do us all good to ponder Chateaubriand's famous proverb: "Forests precede people; deserts follow them.

Editor's note: At EcoTree, no planting is done without consultation with forest stakeholders. EcoTree submits all of its planning to them for final approval. With this in mind, EcoTree chooses to promote the use of hardwood/softwood mixtures and to mix age groups, therefore adopting a silvicultural approach that is close to nature. To date, none of our plantations are mono-cultured; we promote natural regeneration, and reports from forestry experts commissioned by us show complete satisfaction. 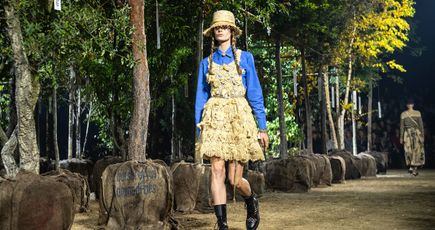